If you missed the introduction, you can find it here. After getting cast in one of my dream roles, I went through a roller coaster of emotions about what it meant to lead a show. With curtain weeks away, I’ve summarized what I’m learning from this process into lessons that I hope you can use – whether you’re an actor, an entrepreneur with a business to run, or a leader running a team for a company.

Here, I want to talk about intentions (as a leader), what the ugly cry can teach you and how sometimes our best teachers are the unlikely ones.

Lesson One: Leading by Example 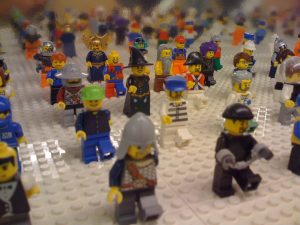 This one was a given. Show up early, show up prepared. Model the behavior I wanted to see in the group. (Or, to borrow from Gandhi, “Be the change you wish to see in the world.” One of my go-to quotes.)

I also wanted to treat this process like I would treat a marathon: training consistently, practicing new things in rehearsal, but treating each rehearsal like a mini version of the real thing.

I’ve played shows before. I like to be prepared, because it’s the professional thing to do. It means we can do more with our time together in rehearsal if I’ve already thought about the music, the dialogue and how I want to play it.

As the lead, there’s just a lot more stuff to do. More dialogue. More music. More choreography. More things to do on stage, and less time to prep or take a breath off stage. So I needed to be uber prepared.

I’m one of those people who thinks if you’re early, you’re on time, and this serves me well. With a longer commute than most of my cast mates, I use my time stuck in traffic to review lines, music and warm up. I give myself time to stop for a snack or dinner and still be at the theater with 15 minutes to spare. And when I get to the theater, I take a minute to set myself… to breathe, to set an intention for a productive evening, to go to the bathroom, and to stretch… so that when 7 p.m. hits, I’m ready to go.

I’ve done my best to ensure that as soon as we’ve blocked a scene, I’m off book by the next rehearsal. (Blocking refers to the choreography of a scene – what each actor is doing at a certain point in the dialogue. Being “off book” is theater speak for having your script memorized.)

I practice where my props go, where to hide water backstage (because I’m on stage quite a bit), how to move various set pieces. My marathon coaches would say “Nothing new on race day,” and I apply that mantra here. “Nothing new on show night.”

My job on stage is to be present and be prepared, so that the others on my team can play their parts. What I do affects my cast mates. When I’m prepared, they can react the way they are supposed to. When I’m not – if I forget a line or skip a lyric – it throws them off.

When an actor is unprepared, it shows. It keeps us from being able to move forward. Muttering ‘watermelon’ in place of forgotten lyrics is only cute for so long.

The Lesson for Leading your Business: Lead with Intention, or Walk your Talk

Many times in corporate life, managers are created because someone who does a functional job well is promoted. They know how to do a job (make a product, launch an app) but they don’t know how to manage a team to accomplish the task and more. This means that the first lesson of leadership is having the intention to lead, and to lead well.

Being prepared (for me) in business meant knowing my product line, knowing my brand. Understanding, deeply, who my customers were. It means having everything ready for your customers before you turn the sign from “Closed” to “Open.”

It also means modeling the behavior you want to see emulated throughout your business. It’s leading by example and creating a culture of performers. Your team is watching you even when you think they aren’t. They notice. So show them what kind of a team you want by behaving that way yourself. 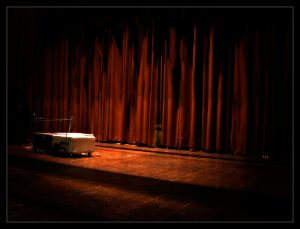 When I was a new improviser, a teacher put me on stage, alone, and made me improvise a scene about my day at work. At the time I was a very frustrated marketer and I had just arrived to class, late from too much traffic and parking issues. (I hate being late, so this only added to my frustration.)

I got up on stage and flippantly, angrily created a solo scene in which I monologued a tirade about PowerPoint. (I don’t even remember why or what exactly it was about now, I think I blacked it out.) It wasn’t enough for my teacher, she didn’t believe me. “More,” she said. “Why are you so mad? What do you want?” I didn’t know. I made something up. I didn’t believe, and neither did she. But I had a belief that when you’re on stage, you have to show a certain kind of presence. You show your best side.

I tried to “yes, and” myself, but it just felt awful. I did more on stage but it still didn’t work, and I felt worse and worse.

My class had only 12 people in it, but it felt like a thousand pairs of eyes were on me in that darkened theater. I felt so exposed.

And pretty soon, I was crying the ugly cry, on stage, because I was doing a scene I didn’t want to do, on a topic I hated and didn’t really want to discuss, feeling frustrated and angry because I was sucking at all of it. We took a break. I stayed with the feeling, dried my tears and felt something break open that day.

That day I learned that to be an actor, you have to be vulnerable. You have to allow your feelings to show – all of them.  You have to be able to access your feelings, at a moment’s notice.  And you can’t fear the ugly emotions either – they are part of being human, and they make you human in life, and on stage.

The Lesson for Leading your Business: Show your humanity.

Business is ultimately the interaction between groups of humans, with an overlay of commerce. And humans are, well… human. Vulnerability allows us to connect with one another and deepen our interactions and relationships. And guess what, sometimes, as a result of that new connection, commerce happens.

Lesson Three: When the Student is Ready the Teacher Appears 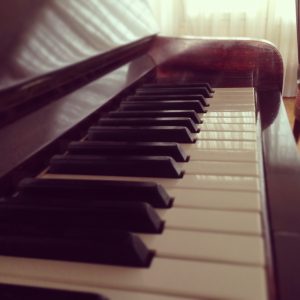 During the table read for this show, the guy who was cast as my love interest read his character as if he were a privileged frat boy (read: kinda douchey). Defensive, flippant and seeking the laugh for a joke that wasn’t there. I wondered if the director had cast the right person. Worried that my character would have to find something to love in a character that didn’t seem lovable at all.

For the first month of rehearsals, I wanted to get to know this person, to understand him and hopefully find something to connect with. Nothing. I felt like a little girl who likes a boy she sees on the playground, but the boy doesn’t like her back and she doesn’t know what to do.

That day, a friendship was born. But we started talking more and more after rehearsal. We discussed our characters, what made them tick, why they would be drawn together. We talked about fears, doubts, misgivings. We talked about past experiences from our lives that we could use to inform what our characters might do. Over time, we laid it all out on the table.

It turned out to be a team effort. For everything he’s learning from me, I’m learning even more from him. I’m learning about relationships and connection. I’m learning about how to listen for the real root of a problem. Learning how to tease out difficult topics without putting either party on the defensive. Learning how to hold space for another human being in a way that allows him to grow, without putting any sort of agenda on it. He has also taught me to let go of experiences I once thought defined me, and to stay receptive even when I’m feeling fear (and the instinct is to shut down).

This might be one of the richest learnings of this process so far.

The Lesson for Leading Your Business: Learning is a 24/7 job.

Mentoring and coaching happens everywhere, and sometimes by surprise. Your job is to stay open to the lessons that are being taught everywhere, and by everyone.  As the saying goes, “when the student is ready the teacher appears.” It’s up to you to recognize the moment and incorporate it into your work and life.

Coming up…
Part 3: On energy, the “trust fall” and being uncomfortable

In the meantime, I’d love to know which of these lessons hits home for you. How will you use this in your life or work? Share a comment below!