The Holiday Season has kicked off in earnest, and that means… holiday shows. Lots of them!

On December 3rd, I joined the cast of the SAG-AFTRA Radio Players in a production of “Gene Autry’s Melody Ranch Christmas Party” at the Autry Museum in LA. Jane Noseworthy, Licia Shearer and I played The Pinafores, an all-girl singing group. (Although I suspect we were a much more diverse bunch than the original quartet.)

The first time I met the entire cast was the day of our performance. In one marathon of a day, we rehearsed the show, comprised of Christmas-themed episodes of radio shows that broadcast in 1942 and 1946. And after that whirlwind of a rehearsal: showtime! Not once, but twice. 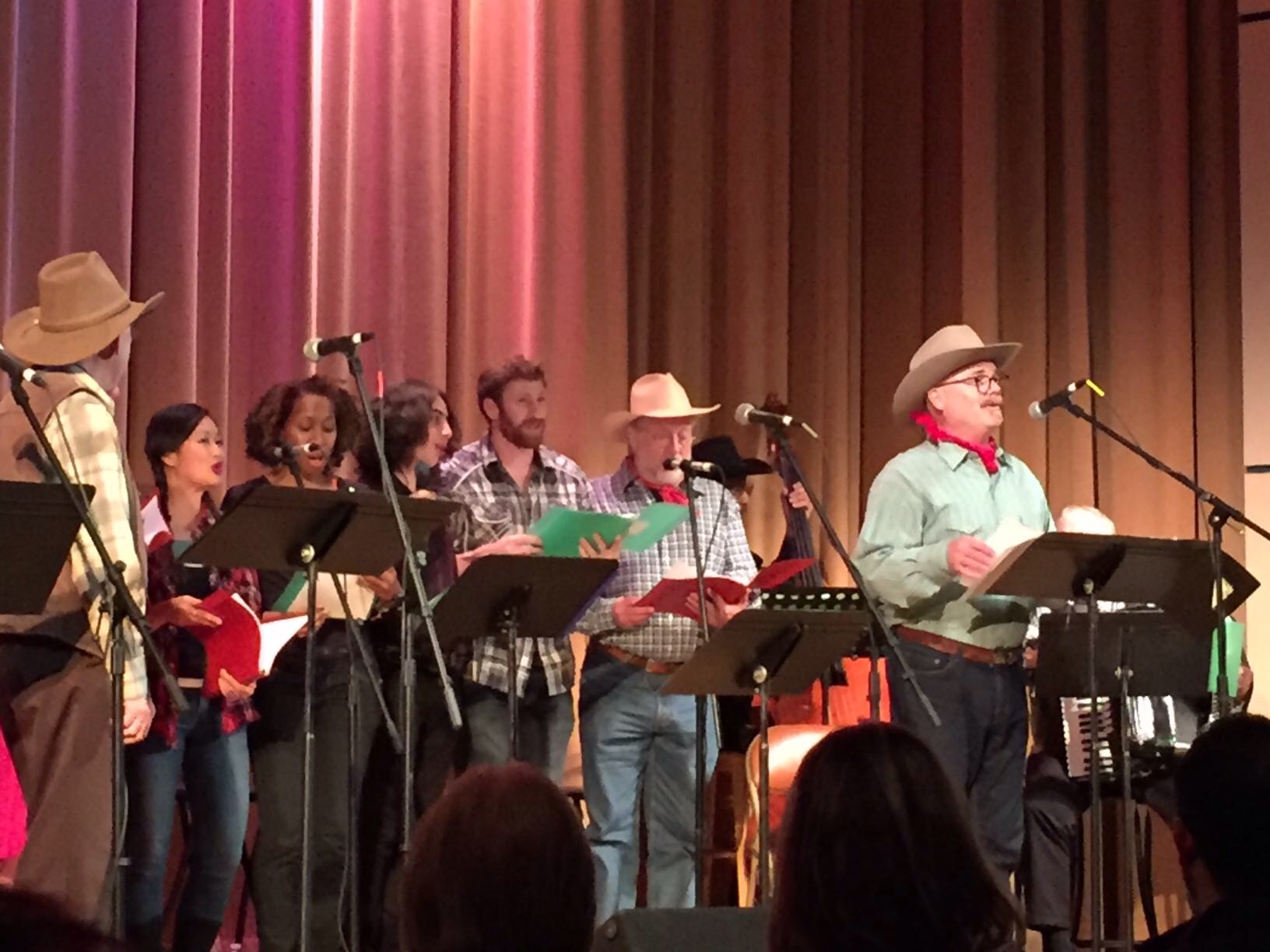 Over the weekend of December 4th and 5th, I donned my best elf hat, and played the role of Santa’s Helper to support my friends’ weekend of shows: a screening of “A Charlie Brown Christmas,” accompanied by a live jazz trio and followed by a singalong of Christmas carols. The venue: Hosun House in Tustin, CA. My job: hand out candy canes, dole out hot chocolate and cookies, and for the curious children: let them know if they were on Santa’s “Naughty” or “Nice” list. 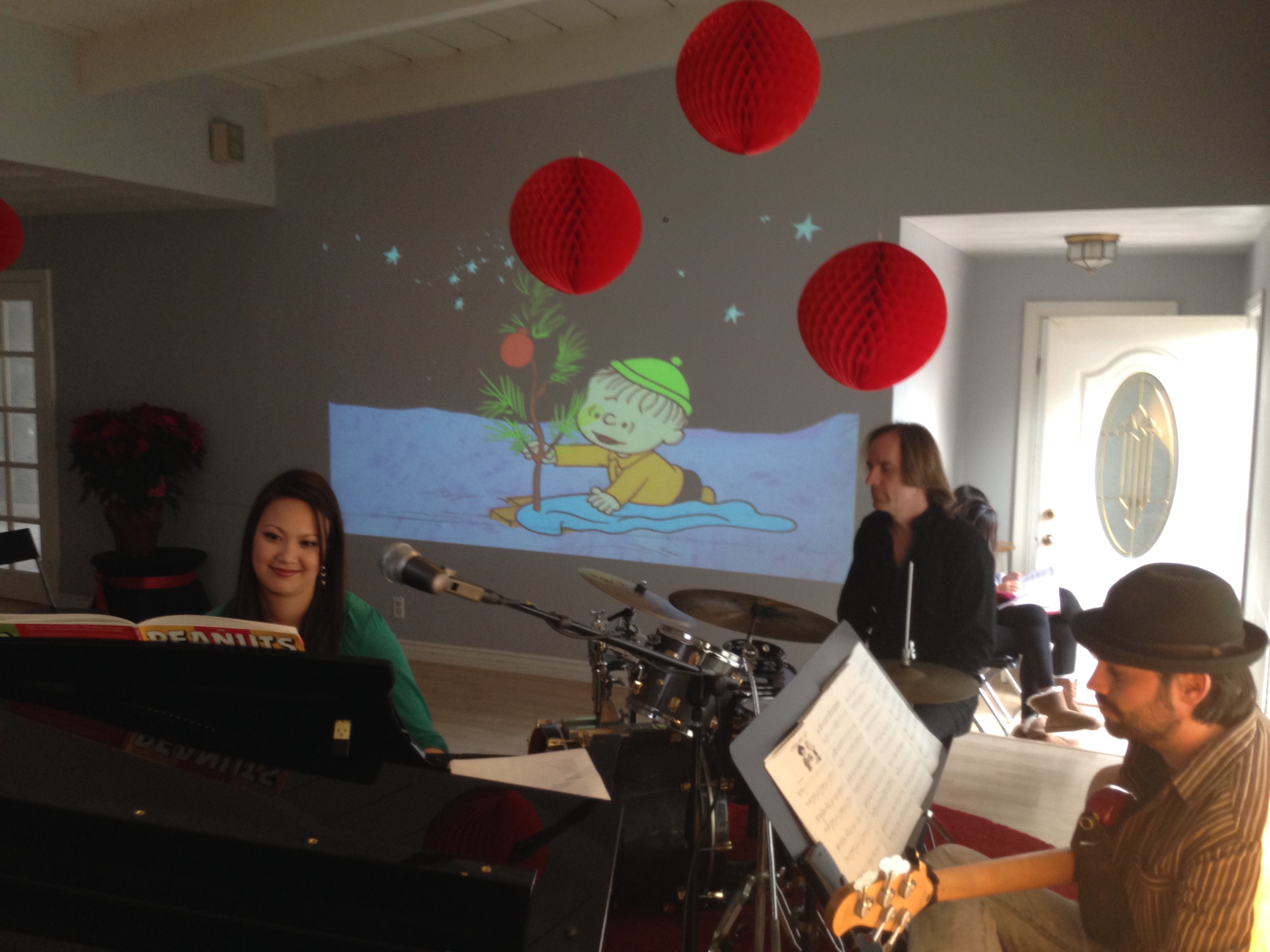 I’m so grateful for the wonderful audience who filled the auditorium of the Wells Fargo Theater at the Autry Museum, and to work alongside so many talented musicians, singers and actors. I’m grateful and maybe still a bit in shock that we were able to pull together an entertaining day of shows on so little preparation. I’m not saying that everything we do should be put together in just a few hours, but it is a testament to the talent of the director, his players and the sheer force of will and focus each person put forth that we were able to create a professional day of shows.

And I’m also in awe of what my friends accomplished at Hosun House this weekend. It’s a testament to their level of professionalism and the years of training and practice that the trio of Chris Wabich, Jenny Wabich, and Ryan Roberts can pick up Vince Guaraldi’s score and accurately play along to a 50-year old classic, with heart and charm. And with only a few rehearsals to make it happen. (And I admit it: I was dancing along to the music backstage, like a grown-up one-woman version of the entire Peanuts gang. In an elf hat.)

Art is a crazy, wonderful, magical, ridiculous, awesome thing. As artists, we are so lucky we get to share what we do with an audience that appreciates our work. As an audience, we are so lucky we get to witness it, adding wonderful memories to share and recall with our friends and family. Together, we get to build a world in which Gene Autry recounts the tale of the first Christmas to us, and dance the Peanuts dance together, around an adorably droopy fir tree.

Thank you, fellow artists, for this. And thank you audience, for being there to support art and the artists who bring you these experiences.